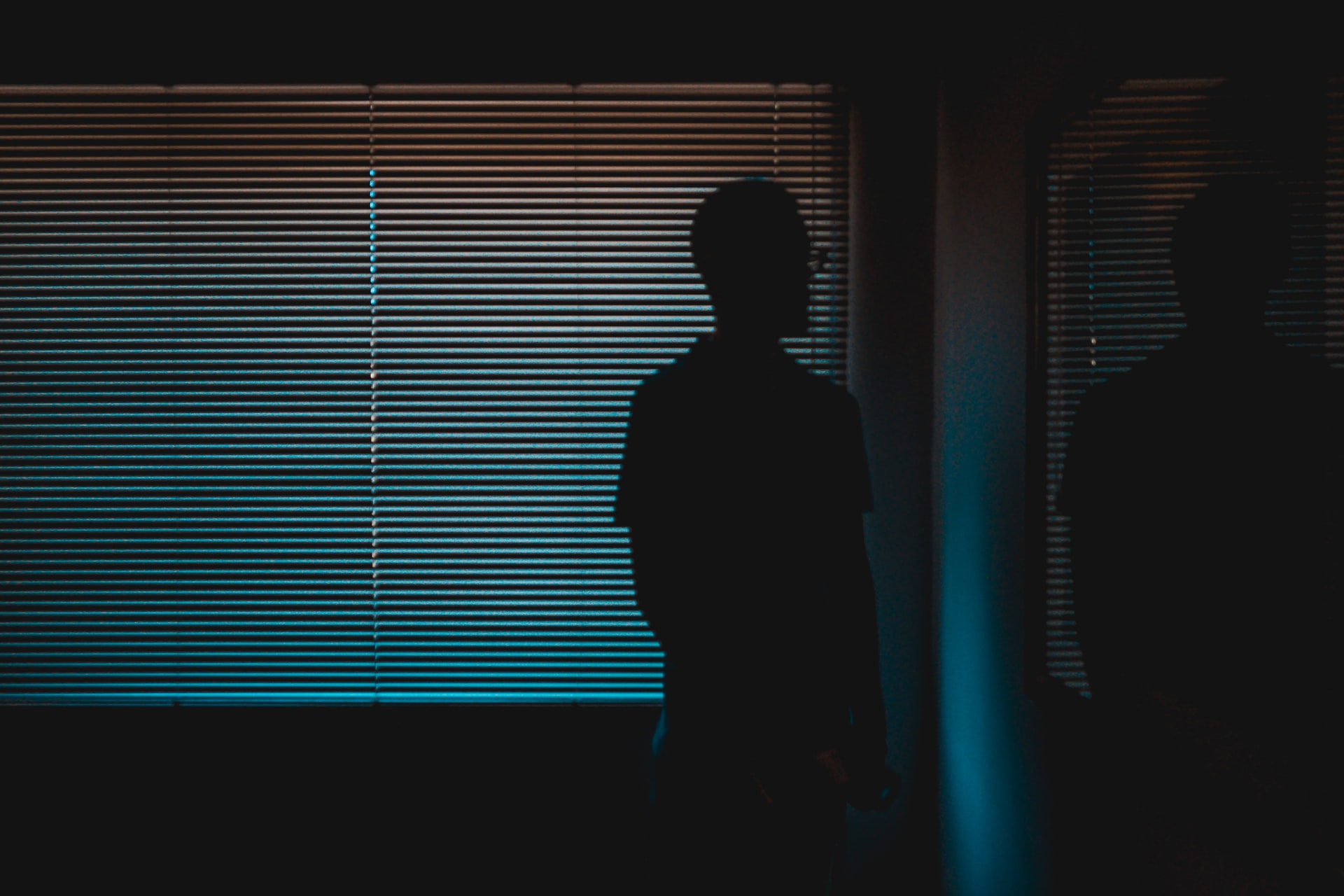 Have you ever read something and thought to yourself: What the hell persuaded this moron to write that? There’s a certain poetic justice when it turns out that moron was you. With today’s hyperactive social media circles, someone ought to come up with a law prohibiting the young from publishing anything to a public forum until they have proven capable of understanding the weight of their words.

In the way of context, I was an active member of the National Federation of the Blind (NFB) from 2002 until about 2006. Life got in the way. I took a sabbatical, if you will, and went back to the organization in 2016.

It’s interesting how the NFB played a role in shaping some of my views concerning blindness. It’s even more interesting how I took some of the organization’s philosophical pillars and twisted them to suit my whim. Take, for example, the debate between referring to oneself as “blind” versus “visually impaired”. To be clear, the organization never took as vehement of a position on the subject as I am about to share.

In cleaning out my computer, I came across a public post I cannot help but think of as angry, a little belligerent, and a lot of foolish. It casts my college self in this awkward light I’m not so fond of revisiting. I’ve modified the post only to remove specific references to that thread that would not make sense here without reading the other contributions.

The cringe-worthy post follows, with a little commentary throughout:

In order to win a battle, you must first study, comprehend, then think like your opponent. This I learned while debating, but it is a principle that can be applied to many aspects of life. In my short time with the NFB I have learned that we are in a battle. Our adversary is the ignorance that pervades the general public. Our goal? To face off and conquer this enemy by achieving confidence and independence within ourselves so that we may far exceed the general public’s expectations.

Wow, as a college sophomore did I fancy myself some sort of blind Machiavelli? I can occasionally be possessed of an ardent temper, but such rhetoric! Sadly, it gets worse. Sorry, back to the post.

The idea to start this discussion came from a conversation with a sighted friend who wondered how her personality and behavior would have changed had she been blind. I being the type of individual who must see matters from several perspectives, thought to reverse my friend’s ponder: What would things have been like if I could see?

Things are what they are so why think of what could have happened but never did? In a conflict it is important that you step back to gain a wide scope so that you may seek out the root of the problem. Now, I am by no means insinuating that by thinking like a sighted person you will bring a clearer understanding of blindness to him or her. Perhaps this would be simple in utopia but not in reality. And so what is the reality?

The sad reality is that as much as some federationists may claim to have accepted their blindness, there is still a group that continues to label itself as visually impaired. In previous postings I have been careful to use both terms hand in hand so as not to offend anyone. I choose to shatter that consideration from this moment forward.

Shatter? Truly, I’m beginning to wonder if this post is worth the embarrassment.

If the NFB consists of members who have fully accepted their blindness, then there should be no one who lingers on the edge of both worlds. The name is the National Federation of the Blind, not the National Federation of the Blind and Visually Impaired. If you describe yourself as such, you have not accepted your blindness. You do not fully believe in the principles of the NFB, and no, you have not grasped the total concept of what it is like to be blind.

I challenge someone of this group to publicize a response as to why you choose to label yourself as visually impaired. Is it because you are willing to be counted equally among us so long as the general public understands that you still have some sight? And why is that important?

I have heard great things of the Centers for the Blind, particularly the Louisiana Center for the Blind. It is my understanding that graduates from these centers come out having learned to do things just as good or even better than their fully sighted counterparts.

If such is the case, why do you weigh the opinion of others? If you are fully comfortable in what you do, why must you take a precautionary step to reassure the sighted audience that you are merely visually impaired and not blind? I understand the need to tell others you have some sight because you can’t very well pretend to not see at all when you can in fact see certain things, but it has been my experience that some individuals get annoyed when they are simply labeled as “blind.”

Did I actually write “nay?” Why did my friends not slap the stupid right out of me? I must not have had friends. That is the only explanation…

A couple responses in this thread made a great point of stating that the true question is where would you be if there were no NFB? I grant you the fact that without the NFB the United States’ blind population would squirm under the leadership of the American Counsel of the Blind. My only objection to this question is that it makes it seem as though we are dependent on the NFB. I do not speak for anyone else but myself, but if the organization were to dissolve I would continue to practice what I have been taught thus far and push for what I believe is right for the blind.

No, the ACB is not the devil. In fact, they are responsible for some of the accommodations we enjoy today, such as descriptive video. On this score I will lay some blame on my mentors for not doing a better job of scrubbing those narrow-minded thoughts out of my little activist pea brain.

I believe what you guys meant to ask is what would have occurred if the NFB had never existed? Thank the lord for the original fifteen members who founded the movement.

To conclude I would like to tell you where I would be if I were not blind. I would be in a world where the majority of my opinions would be swayed by first physical impressions. I would often be guided by appearances, and although my nature would not allow me to turn my back on the man and woman walking along the street with white sticks, I would be quick to undermine their abilities. I would smile patiently down at the little timid blind boy when he expresses his dream to become a high-powered attorney. I would be surrounded by friends who do not initially think me helpless because I must use a cane to travel and braille to read. I would not be denied a job because I cannot see as well as the next applicant. I would not have to worry about being so ambitious because with or without a proper education and training I would know that I could still survive and maybe even succeed. I would own a car and maybe even wreck it because perhaps I spent the evening downing one beer after another and now my vision is so unfocused that we may not live to see our destination.

Let me assure you, I do not harbor any such ill-guided perceptions of the sighted world today. Did I say my post was cringe-worthy? I probably meant to call it vomit inducing.

Ladies and gentlemen, I did not inspire this thread of discussion to anger you or make it appear as though I believe that a person’s abilities rest on the ability to see and that ability alone. I posed this prompt to show how much more fortunate you are for being blind. Because of our condition, we must work twice as hard and by doing so we are capable of relishing our rewards with a taste far more intense than someone who breezes his way through. I asked if you thought god had a purpose for you being this way. I believe there is a purpose. I believe that we should learn to completely let go, to embrace and adore our blindness. All of us have struggled to accept the small gap that exists between us and the sighted world. Others are still struggling in their decision to pick sides. Congratulations to those who already have.

Whew! Wow. I should have kept this post buried, but I’ll tell you why I’m sharing it.

First, racial oppression is real. I’m just not sure it’s a unique plight. People with disabilities, and blind people in particular, experience our own brand of oppression, a subject that still fails to grab the attention it deserves. It’s not altogether surprising to see the way a young adult could taste independence and confidence and want to come out lashing. Trust me, it does not excuse the wild rant, but there was an undercurrent in that writing that likely stemmed from years of having to work twice as hard to be taken seriously. We get tired too.

Second, I grew out of that dumb mentality that labels matter. Today I could care less what a person chooses to call themselves, so long as they feel they are living a fulfilling life. Even though conventional thought says the older we get, the more stubborn we become, my own shift in mentality makes me hopeful that we do have it in ourselves to soften our beliefs and become more tolerant, truly tolerant, of other people’s differences.

Third, adults have a greater influence over young minds than we know. I return to my unfounded objections to the ACB. I don’t agree with some of their positions. NFB is more in line with my personal philosophy, but the ACB is no longer an enemy. Our community is too small for such divisive thoughts. On a broader scale, imagine how much closer to unity this country would be if adults took the time to properly educate the generations coming up behind them.

So I will preserve my old rant, if for no other reason than to prove to myself that people can mature. People really can become better writers, and most importantly, people can evolve as deeper thinkers.