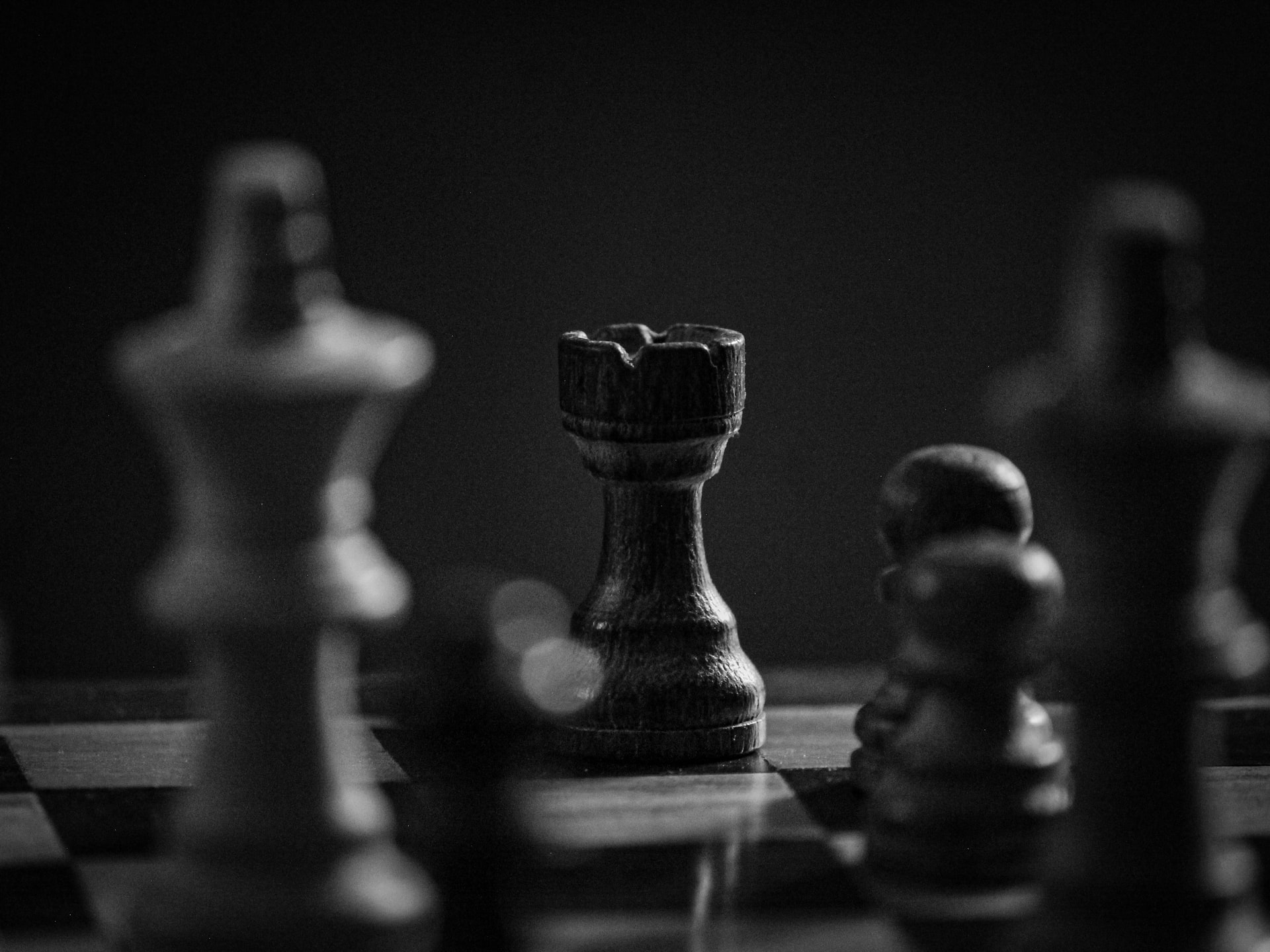 The Queen’s Gambit likely triggered a fresh, but likely short-lived, curiosity in the game of chess. It’s possible the TV show will inspire some kid in a basement to become the next Magnus Carlsen. It’s more likely people will forget the show and never learn how to play the game at all. I don’t care about other people. I care about you, and if you aren’t playing already, it’s time to bring chess into your life.

Until college, I had heard of chess but had never been given the opportunity to play. I had never seen a board adapted for blind players. In terms of adjustment, the only real difference between a standard board and a board adapted for blind players is that the opposing colors are raised. The squares have holes so the blind player can fit the pieces and explore the board without knocking them over, and the opposing pieces are sculpted in such a way as to help the blind player distinguish between black and white.

I was taught by my college roommate and close friend, AZ. One random evening he pulled out his set and began teaching me the game one piece at a time. He was very patient, which served him well, because I was remarkably slow at carrying my end of a game. The running joke is that he could have made a sandwich, eaten the sandwich, and cleaned up before I completed a move.

If you read my post on Monopoly, you likely learned a little of my competitive nature and learned a little about my position that a game is never just a game. I lose gracefully, but I come back swinging.

When I joined the Freemasons, people wondered if The Lost Symbol had anything to do with my initial desire. I had read the book, sure. Dan Brown is an excellent author, but my curiosity had been brewing long before the movie release. Sometimes we attach too much power to the cultural flavor of the moment and assume there were no loyal followers before the movie, book, or show became an icon.

So when a friend recently posted on social media of her wish to learn chess, I wasn’t entirely surprised when another friend wondered if her interest had been spawned by one of the latest Netflix shows. In the end, does it matter how we arrive as long as we get there? Good on Netflix for stirring up curiosity. I think it’s a compliment to the writer and producer.

The Queen’s Gambit was a good TV coming of age show, if a little predictable. Beth, played by Anya Taylor-Joy, is a troubled pre-adolescent living in an orphanage during the 60s. She learns chess from the cranky custodian in the basement, and to no one’s surprise, she goes on to become something of a genius at a young age. Her rise to notoriety is punctuated by battles with drugs and alcohol. Prodigies are supposed to be slightly crazy, right? And in the midst of these competing forces, chess is the only rational ray of light.

I’m grounding your expectations, not because the show was bad, but because I want you to go into it not expecting an exotic feast. I want you to go into it understanding you’re going to be fed comfort food. It’s the perfect show to watch over dinner, an excellent way to pass away another COVID shutdown prepared with all the trimmings that make a show traditionally wholesome–from battling inner demons to fleeting love and squaring off against the best with epic musical crescendo.

Mike Hale of the New York Times put it succinctly:

If it doesn’t win you over, “Gambit” will at least play you to a draw.

The object is to tip over your opponent’s king. Before moving further, I want you to help me tip over a few misconceptions that keep more people from enjoying this classic game of strategy.

First, and maybe most important, you do not have to be a genius to enjoy a good round of chess. There are six basic pieces, and they work together to eliminate enemy pieces on their way to the opposing king. That’s it, and trust me, it will not take you long to memorize what each of the six basic pieces do. If you decide to invest a little more energy, you can learn about tactics, positional play, attacks, effective end games, classic game analysis, and psychological preparation, but if you want to keep the game at the level of a casual hobby, you will be just fine. The key difference between an average player and a world champion is commitment.

Second, you do not have to be a strategic thinker. In time you will learn how to think a few steps ahead, anticipate your opponent’s strategy, but even if you play in the moment, one move at a time, the game promises to be fun if you give it a fair chance. The game can be as fun, and as competitive, as you want it to be.

Third, chess is boring. This one makes me chuckle. Anyone who has ever lost a good game of chess understands how demoralizing the loss can feel after investing so much effort. Boring activities never make defeat feel so devastating.

If you do not yet own a chess set, it’s time to change that. Here’s a highly rated chess set from Amazon. It’s an affiliate link, so buying from it puts a little change in my tip jar at no extra cost to you.

Or, if you’re hoping to play with me one day, you’ll want a tactile set. Try this elegant one from Chess House.

There are likely hundreds, if not thousands, of computer chess games. I’m going to ask you to bypass these for now and focus on playing a good tabletop session. You’ll gain a certain appreciation for the game.

Next, you’ll want to learn instructions for beginners. Rather than throw a bunch of articles at you, start with this beginner’s tutorial. It’ll teach you how to set up the board, how to move the pieces, learn the rules, and learn basic strategies.

Finally, if you want to step up your game, you’ll want to consider learning chess notation. This will allow you to track every move and analyze areas where you could improve. You don’t have to learn chess notation if you want to remain a casual player, but playing in tournaments will likely require this knowledge to help resolve disputes. Here’s a decent article on chess notation.

If you love involved games that give your brain a good workout, chess will rise to the occasion.

If you’re more of a casual player like myself, chess is the perfect blend of entertainment and competition.

Regardless of your interest level, I promise this strategy game will help pass the time in a most engaging fashion.

Next time we’ll get into some parallels between chess strategies and personal decisions that will help you win at life. In the meantime, if you have any comments or questions, I’d love to read them in the comments!