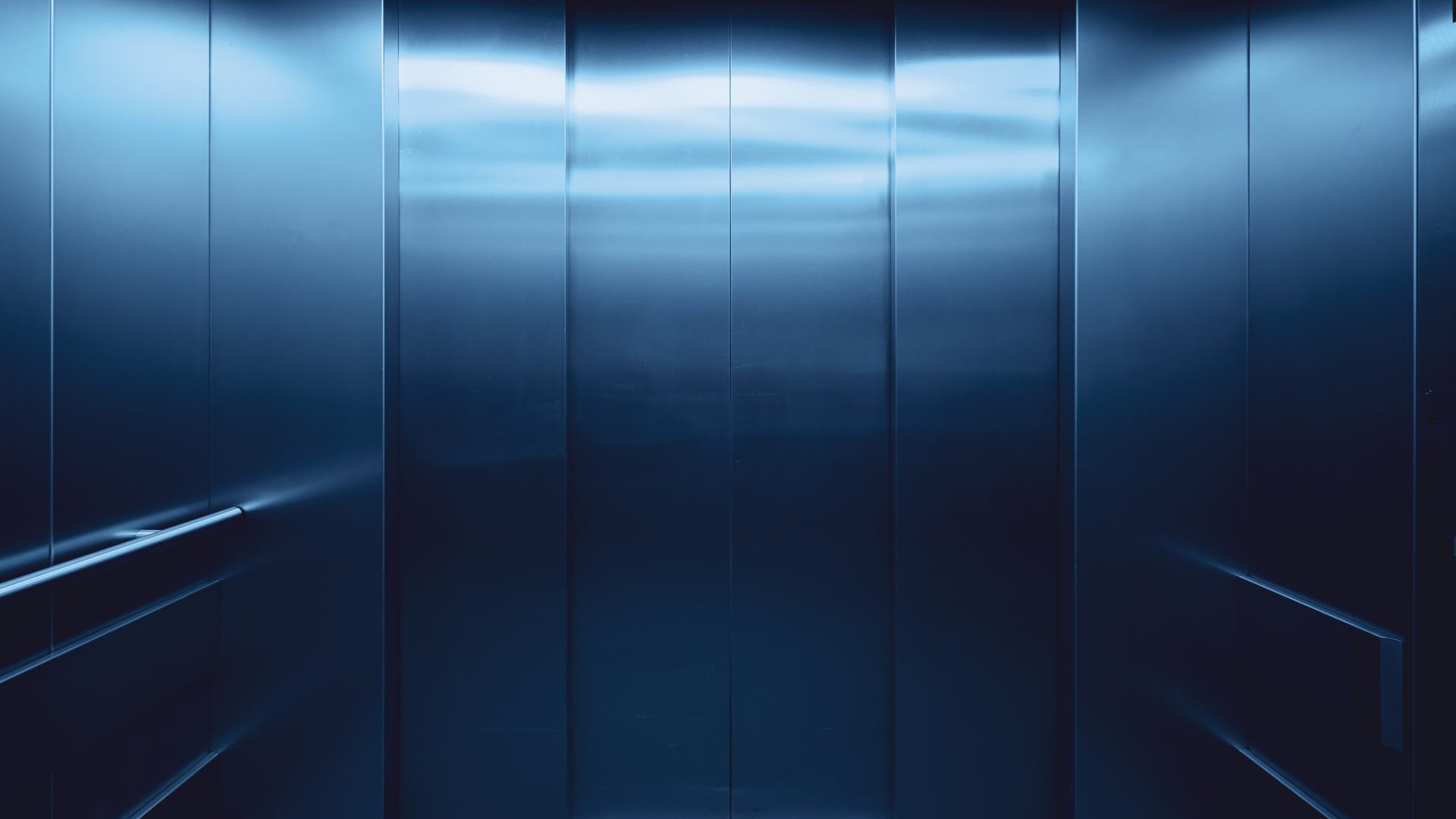 In the battle between touch screens and tactile buttons, the touch screen is quickly becoming the reigning champion. It’s not that I can’t see the advantages of touch screens. Less moving parts means less maintenance and all that, but dammit, it used to be I only had to worry about touch screens where warming food was concerned. Slap a tactile dot here, a Braille label there, and I could conquer the basic operations of a microwave.

Once while on travel for work I met the enemy at a fancy hotel. I strolled from the hotel registration desk to the bank of elevators as if I was a frequent guest of the swanky resort. I even hit the bank of elevators on my first try like the super blind traveler that I was, but then the elevator doors whispered open. I walked in and reached for the familiar panel of buttons with accompanying Braille numbers. Only, the travel gods felt I had enjoyed enough arrogance for one day, because instead of neat rows of buttons, my fingers skated across a smooth panel.

Below the display I found a standard telephone keypad. The discovery was perplexing. I’m not one prone to melodrama, but as the doors started to whisper shut I wondered just who in hell was I supposed to call other than perhaps the hotel manager for chucking the most visible display of the ADA? Yes, my ego was slowly bleeding. I really did resort to mentally waving about the ADA!

Every now and then my brain fires on all pistons. I used the telephone keypad to dial 22 for the twenty-second floor. Anything’s possible, right? I breathed a sigh of relief when the car began to lift. I later confirmed guests could punch in the number to their floor and achieve the same result as pressing the designated number on the touch screen above the dial pad.

Perhaps it was just a fancy attribute of the hotel. They have to find subtle justifications for the king’s ransom you pay for the luxury of renting a bit of their space, but I think it’s just one more way the touch screen is smugly invading my world.

The experience put me in mind of my first days with an iDevice. Even then I understood the value of using gestures to accomplish more with the minimal screen real estate, but the realization did not completely obliterate fantasies of tossing the hateful device out my window in the first 24 hours. Was that two swipes left or one finger up? I gave Apple a pass though because theirs was a touch screen I could control the same as anyone else.

The problem is, no one else is reading the memo about making their interface accessible to blind people. I felt a mild pang of irritation when washers and dryers began leveraging the technology. I’m a fairly basic guy and do not require special handling of my laundry. That pang became a steady throb when the technology became popular on stove panels though, because now we were getting closer to something over which I need greater manipulation. But when I attended a car show and discovered no tactile means of controlling the radio on several dashboards, I damn near had a conniption.

And now elevators, those public beacons of vertical mobility, are adopting the inconvenient interface too? What happens when someone realizes the tactile keypad is redundant? I suppose the laws will hold out a little longer, but I don’t know because airport kiosks are just as much a part of public space as elevator buttons. No one seems in a rush to get those retrofitted to help blind folks operate them.

Perhaps some will argue most smart appliances can be operated with the help of a mobile app. That is true, and it is also true the accessibility of these apps often leaves something to be desired. Besides, while I enjoy the conveniences my smartphone has unlocked, I would hate to think I am tethered to the phone as though it were a virtual key to my life, and of course, what happens if the phone is ever lost or stolen?

Others may point out there are more appliances that will be configured to take voice commands. And, fine, I suppose Alexa has done an excellent job of eliminating any awkwardness I may have once felt at chatting away with a device. The trouble with voice commands is that unless there is a detailed tutorial on the capabilities of the device, the user never truly knows what they do not know. Does that make sense?

Here’s the thing, I would hate for blind consumers to feel as though we require an alternative means to operate appliances, kiosks, and other public facilities the same as anyone else. The apps and voice commands that are sold as neat little bells and whistles could wind up creating a kind of separate but equal environment that dabs at the problem but never completely addresses it.

I hope the industry takes note of the real meaning of accessibility. Accessibility means having the freedom to walk up to any device and use it with the same independent leisure as any sighted person. If there are apps developed for remote operation, so much the better. If I can speak to the machine and achieve something similar, that would be great. Hear hear for accommodating severe disabilities that preclude the use of manual operation, but I need to be able to tap, swipe, flick and thump as the case may call and hear audible feedback as to how the machine is processing my input.

Again, vehement article titles notwithstanding, I am not opposed to the touch screen. I concede their value, but I am concerned at what feels like a slow, relentless limitation of my technological sphere of influence.

We should take it upon ourselves to interact with manufacturers about ensuring accessibility is baked into the product at release time. No one cares more about our equal use of electronics as much as we do. We need to be vocal about the features we need to make full use of the products rolling off the various assembly lines. Though there is a time and place to advocate for greater accessibility among the apps we use on our computers and on our mobile devices, let’s not forget the need for accessibility in the growing pool of appliances and standard public facilities.

If we do not act, touch screens will rule our lives. Sadly, a double tap may not be enough to escape the backward trend in technological equality.