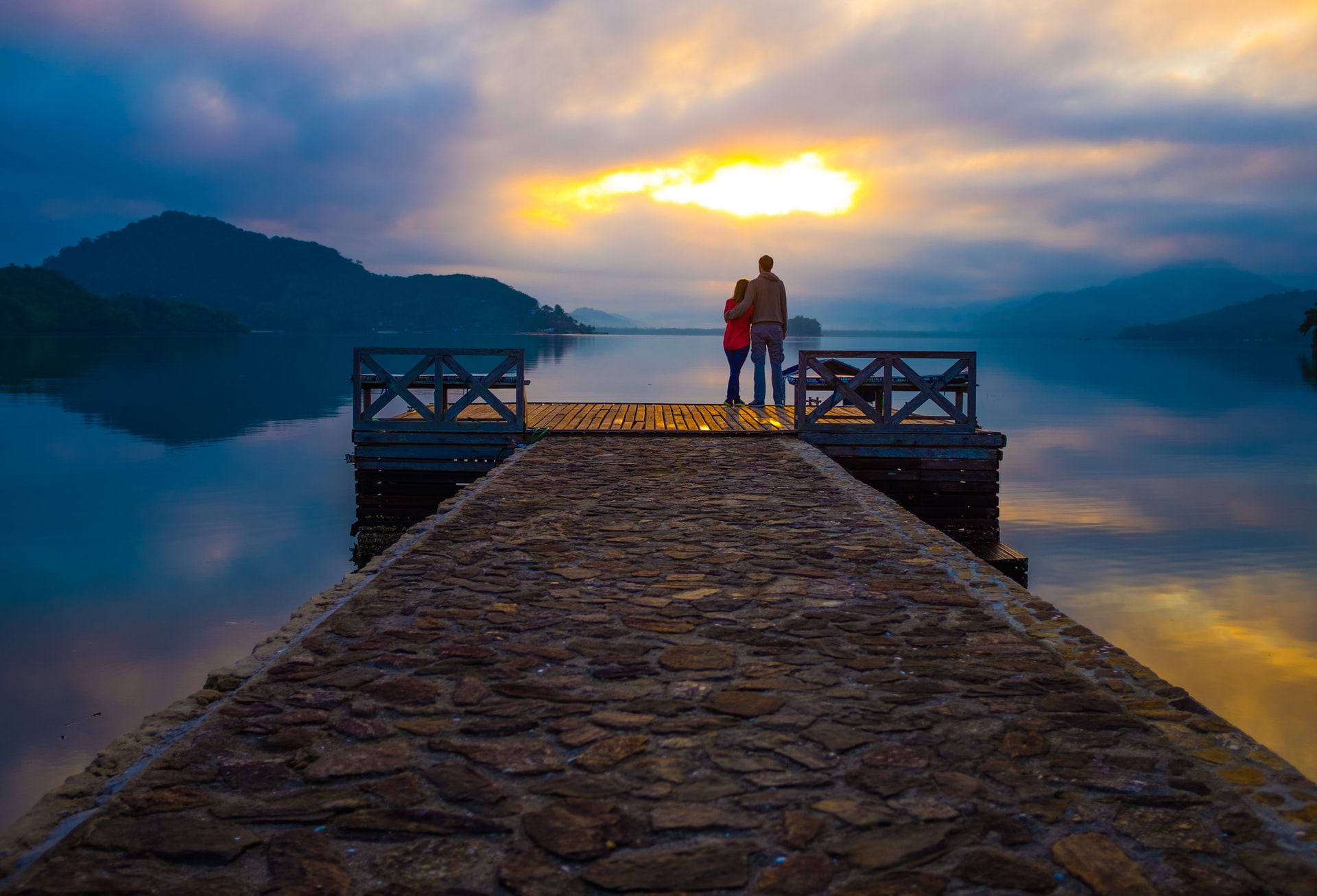 There were periods in my first marriage when I knew my temper was becoming problematic. There were tense moments when the slightest provocation would light my fuse, and as you may know, it is at our angriest when we are prone to say and do things we are likely to regret.

I sought out individual counseling. I have written before about the benefits of counseling and still stand by this recommendation for those who are genuinely open to learning something of themselves from the sessions. In the process of talking through my experience and exploring my triggers, I would sometimes try to remove myself from the meeting and explore the way I must sound to my therapist. It’s not that I wanted to soften myself in her eyes. She knew me at my worst. There was nothing to hide, but I suppose I wanted to explore my behavior from the perspective of an outsider looking in. Too many of us fail to recognize our own contributions to a bad situation.

This reminds me of something I once heard in church. I forget the exact phrasing, but the admonishment had something to do with integrity and how true integrity was most purely measured, not by what people see in public, but rather, by what we do when we are alone.

Then I think about perfect couples. You’ve probably met them. These are the couples who seem to have it all together. They never argue in public. They look good together. They compliment each other in so many ways, and because I can be cynical about such things, I sometimes find myself wondering if their relationship is as solid as it appears. Somehow, the couples I have seen argue in front of me are the ones who feel more genuine to me and the ones most likely to hold on for the long-term, within reason of course.

One critical deal breaker for me is a partner who would treat me different in public than she does when we are alone. It’s not something that has occurred often in my romantic relationships. In fact, when I ponder on it, it is friendships that have most often violated this boundary. Therapy taught me the value in letting go of behaviors in other people I cannot control. I learned, and am likely still learning, how to concentrate on my own words and actions.

Taking all of this into consideration, I do my best to allow a third presence into my interactions with people in general, but especially in my interactions with members of my inner circle. For those of you who cringe at anything religious, you will be relieved to know it is not God to whom I am referring. As a Christian, it is a given He is intertwined in all my interactions, but the third seat tends to be mentally occupied by a silent judge, anyone who would make me feel properly ashamed if I were to blatantly mistreat the other individual.

Let’s take my volunteer work as an example. I devote hours of my time to a blindness grassroots organization. Outside of the national office, people are rarely paid for their efforts. When I inevitably disagree with something another volunteer does, or has not done, I have to measure my words against the reality that they are freely giving of their time just as much as I am. I have to be careful with what I say, because if our disagreement results in the other person’s departure from the organization, that is one less person we have to help the blindness community achieve fair and equal treatment. The presence that typically fills that third seat during such interactions is the president of this organization whose life I would not want to make more difficult by creating friction with a fellow leader.

Sometimes it is not a specific person but a unique composite. Let’s consider friendships. There are a few with whom I occasionally have vehement political debates. In some cases these debates are dragged out over Facebook. I don’t count Facebook in the context of this post, because by virtue of it being a public forum, my words are already being observed by other people. Instead I focus on the private discussions that are carried out over text and phone chats. Sometimes the discussions become quite heated, and the third presence most likely to keep me in check is our collective history.

In any relationship, platonic or otherwise, there are usually three entities: you, the other person, and the relationship you have mutually established. This third entity takes on a life of its own and will succeed or fail based on what you each choose to feed it. All relationships take work, and when you are in the middle of a conflict with the other person, you have to decide if it is worth embarrassing yourself in front of that bond the two of you have worked at developing.

But, the most important relationship you’re curious about is the romantic one. In my case, that third seat has been filled by the person who most resonates with me. That person tends to be one of two people, depending on the partner and the strength of her bond with said individual. It will either be my significant other’s best friend or her mother, both of whom I try to get to know and bond. No matter how righteously upset I might be, would these people approve of the way I am handling a heated conversation with my significant other? You might think me crazy, but I actively use this third presence to decide whether I am listening enough, overpowering too much, or using the right words to express my disagreement without completely dismissing her side in an argument.

The ultimate goal is to treat people the same way in public as I would behind closed doors. People clash in public. That is normal, but in public we tend to present better versions of ourselves. The bigger test is working through conflict with the same grace as we would if there was someone else in the room or on the phone line or looking over our shoulder while we text. And for me at least, putting difficult conversations in this context has helped me exercise a certain restraint in my communication.

Does the third party behave as a conscience? Not always. In fact, sometimes I think about how this third presence would handle the conflict, and I feel pretty confident they would see the situation from my point of view. Mind you, that does not give me license to behave like an ass, but it does help me feel slightly vindicated in standing up for myself if I feel the other person’s actions would be seen as wrong by someone else.

Does this mental trick always work? I wish. Sometimes my buttons get smashed, and third parties be damned. If I storm off, I have likely been pushed to my limit. I would likely have the same reaction if we were alone or out and about. My only saving grace is that I despise public scenes and would be more inclined to check my crazy before it goes completely out of bounds.

You might be wondering why I only focus on negative communication. Shouldn’t we include a silent spectator at all times? Maybe, but when things are good, there’s usually little need for an arbiter. Also, happy stories rarely draw audiences. You read books and watch movies because they have conflict.

In summation, all relationships are a work in progress, even the ones that outwardly appear to have it together. We’re not always going to do it right, but one easy way to keep it moving in the right direction is to invite the right third presence into the dialogue when things go sideways. Pick the right presence for the occasion, and let your knowledge of what they would think of your behavior guide your half of the conversation.

What do you think?