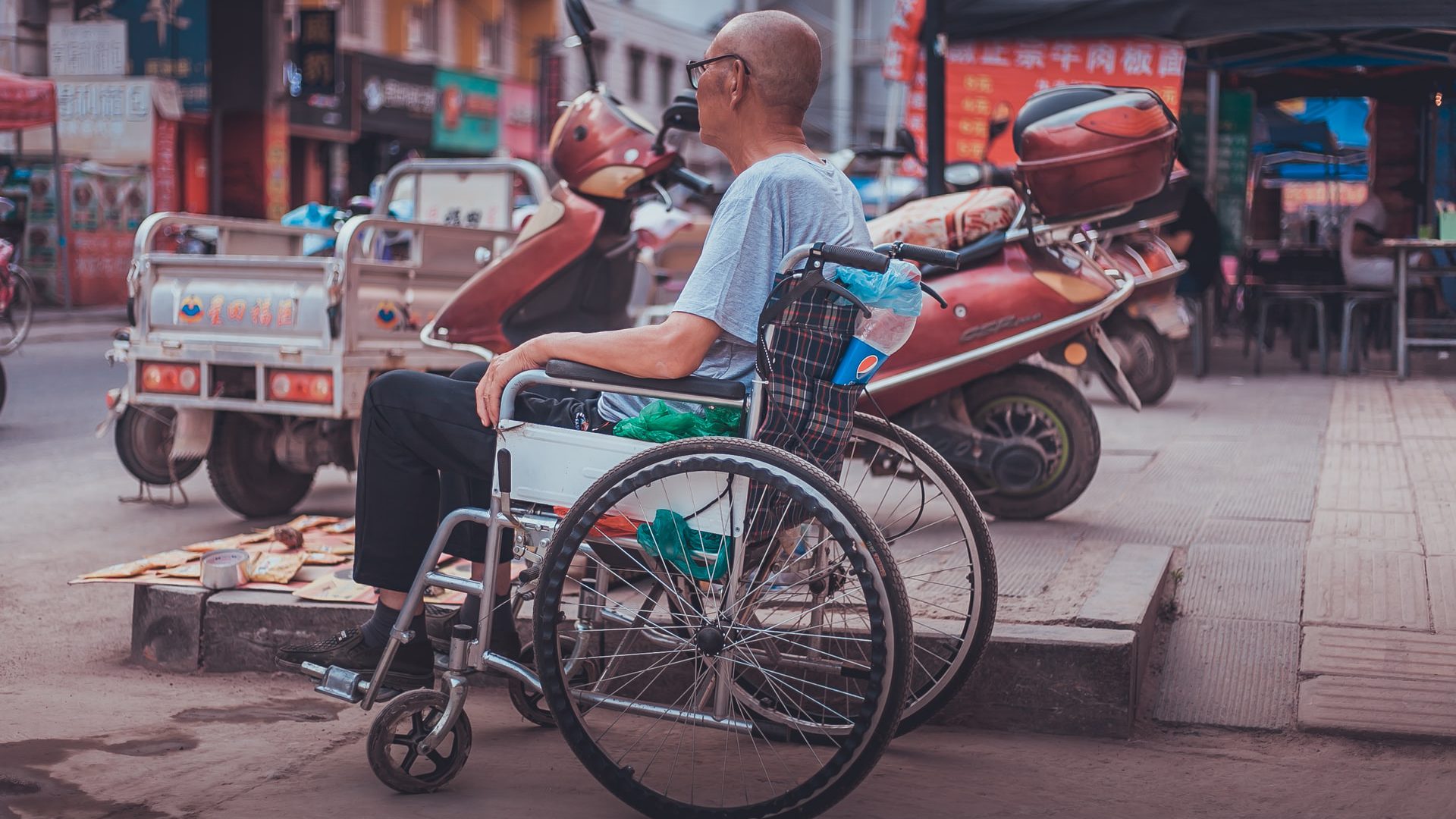 Why do conversations about diversity generally include every minority except people with disabilities?

I originally wrote the article below in August 2015. Almost six years later, I believe the information in it sadly still holds true. Following on the heels of the somewhat controversial post, Preparing Blind People for the Rest of Reality, I’ve decided to update my old article, because despite what my critics would have you believe, my position is not to place all the burden of employment on blind people. In fact, I am of the opinion we should do something to hold employers accountable for not doing more to increase opportunities for persons with disabilities.

Everyone’s talking about efforts across Silicon Valley to spread diversity in the workforce. Inclusion is a great thing, but one has to wonder why disability is hardly touted as a characteristic worth recruiting.

Mind you, these headlines were drawn from 2015. Six years later, one would be hard pressed to find a handful of articles speaking to hiring efforts in the disability community.

Silicon Valley has a diversity problem, a contentious issue that has come into sharper focus in recent months as tech firms sheepishly released updates on their hiring of minorities. The companies have pledged to do better. Many point to the talent pipeline as one of the main culprits. They’d hire if they could, but not enough black and Hispanic students are pursuing computer science degrees, they say. Read more.

Silicon Valley, Here’s That List of Boss Ladies You Needed

This week Silicon Valley veteran Sukhinder Singh Cassidy unveiled The Boardlist, a database to help startup CEOs find qualified women to appoint to their private boards. The list includes more than 600 female leaders compiled by more than 50 high-profile tech industry insiders and venture capitalists (both men and women) in the San Francisco Bay Area. … The Boardlist aims to provide an easier system for the discovery and matching of CEOs and pre-vetted female board candidates, letting users of the database (which is in beta for now), dig into categories like functional expertise, industry, company stage, and board experience. Read more.

Hey, Silicon Valley, give your nanny’s child an internship

Hey, Silicon Valley CEO or director of engineering. You say you care about diversity in tech. So here’s a novel idea: Give an internship to the daughter of your housecleaner. Or it might be a scholarship for the nephew of your nanny. Or a summer job to the grandchild of the office janitor, security guard or bus driver. Read more.

The problem has taken new urgency with another round of embarrassing workforce data released in recent days by tech’s leading firms. Despite splashy promises to pour more resources and attention into recruiting women and minorities, the work forces at Google, Yahoo, Facebook and Apple haven’t changed. Women make up less than 20 percent of employees, Hispanics hold about 5 percent of jobs, and blacks are particularly under-represented at below 2 percent of those work forces. Read more.

Now, lest there be confusion, this has nothing to do with serving women or people of color and everything to do with the fact that women and people of color who also happen to have a disability have a tougher challenge. I’ve heard it said it’s not that certain population segments don’t matter, that sometimes we have to focus on specific underserved communities, but it seems to me people with disabilities are waiting, and have been waiting, for decades.

Fast forward almost six years. Just for grins, I typed “diversity in the workplace” into Startpage. This article was among the first ten results:

15 Ways to Improve Diversity and Inclusion in the Workplace

Mention diversity in the workplace and you’ll generally get a positive response from executives. That’s because most of them understand the many benefits of a diverse workforce. They know 1) innovation and 2) terrific customer service are two key ways any company can stay competitive in tough markets and show consistent revenue growth. … And execs know a diverse workforce (in age, race, religion, nationality, sexual orientation, and gender) brings diverse viewpoints and perspectives to
the company; these elements can help you develop great new products and great new ways to cater to customers. Read more.

Open the article and run a search for “disability.” You won’t find a single reference, not even in passing.

Mind you, this article was published in December 2020~!

There must be a logical reason for the lack of disability representation across the tech sector. Silicon Valley is home to leading companies producing some of the most innovative products designed by some of the world’s brightest innovators.

It’s not lack of awareness. Google support’s the NFB’s Scholarship Program and must see the potential a blind software developer could offer. The Google Impact Challenge sought, if briefly, to “propel even more technological innovation that will create meaningful and positive change for people with disabilities.” Clearly the company appreciates the challenges persons with disabilities face and wants to invest funds toward solutions.

It’s not lack of confidence. Apple’s position on accessibility proclaims: We’ve done everything possible to make anything possible, and it’s a fine tagline befitting a company that continues to enjoy dominance over accessible products out of the box. One hopes Apple has ensured equal productivity across its own apps not because it was forced to do so, as some still speculate, but rather, because it believes persons with disabilities are equal contributors.

To be fair, Apple has done more to hire people out in public-facing positions. It’s either that, or I happen to know a handful of blind individuals who work Apple show flors.

Perhaps it’s a lack of applicants? Consider the following from the University of Minnesota:

If it is a question of insufficient candidates, tech leaders should consider battling the problem at its root. Students with disabilities are still inhibited by the same technology they wish to revolutionize. Modern technology has done great things to advance education. Unfortunately, modern technology also spawns more exercises in advocacy than exercises in learning. Tech leaders could be more proactive about ensuring the core accessibility of products widely adopted by the education sector. Virtual learning during the pandemic was especially challenging for students with disabilities.

Silicon Valley should consider dedicated recruitment campaigns to identify qualified persons with disabilities. The NFB has begun incorporating job fairs into its national conventions and Washington Seminars. It would be great to see the number of mainstream employers outnumber employers in the blindness field as part of these small but promising gatherings. Strategic partnerships with cross-disability groups could inspire a collective effort to identify, groom, and ultimately employ competitive candidates. Of course internship opportunities provide one way for employers to cultivate ideal staff, not to mention a perfect means to observe accessibility and productivity comingling in a real world scenario.

Taking the recruitment idea one step further, it’s not unusual for larger tech companies to partner with universities to undertake specific projects or research studies. In September 2014 Apple announced partnerships with Duke and Stanford on medical trials for HealthKit. One month later Google announced a partnership with Oxford to make advances in artificial intelligence. Perhaps it’s time to identify a state school for the blind or a rehabilitation training center that could yield both potential candidates as well as create an incubator for technologies benefiting persons with disabilities.

Are there other solutions? Absolutely. This is only a start to what could be a fruitful dialogue. But, it needs to be a dialogue and not just a dismissive marketing ploy. Actually, sometimes we are lucky if we even get that.

The 25th anniversary of the ADA saw a chorus of voices vowing to make technology more accessible for persons with disabilities. That’s a noteworthy step and commendable of the coalition participants. Yet, it is not enough to train existing engineers in accessibility best practices. Silicon Valley ought to move from a passive hiring of employees with disabilities to a dedicated effort to identify qualified candidates. Persons with disabilities want to be given the opportunity to contribute, not just consume.

Diversity is a hot button issue. The technology sector is being asked to extend itself beyond a traditional workforce to one that encompasses people who have historically been overlooked. Persons with disabilities have been overlooked. It’s time to reverse the trend, acknowledge disabilities are a part of a diverse working environment and make them as much of a priority in building the next generation of Silicon Valley leaders as any other minority.

Agree? Disagree? Let me hear from you in the comments.

Shortly after queueing up this article for publication, I came across an article from Microsoft, Doubling down on accessibility: Microsoft’s next steps to expand accessibility in technology, the workforce and workplace.

The article reads, in part:

This is certainly progress worth celebrating! Let’s hope more companies will join Microsoft, Amazon, and Apple in opening their workforce to people with disabilities in general and blind individuals in particular.